1. Wear face mask covering your nose and mouth, wherever you are, in the campus. 2. Sanitize. Wash your hands frequently with soap and water for at least 20 seconds including palms, backs of each hand, between fingers, thumbs and under nails. Rinse and dry hands well. 3. Maintain social distance and avoid crowding. 4. Follow respiratory etiquettes strictly. This involves strict practice of covering one’s mouth and nose, while coughing/sneezing, with a tissue/handkerchief/flexed elbow and disposing of used tissues properly. 5. Do not spit in public places. 6. Self-isolate and report to the college authorities and go for medication in case of any symptoms of COVID-19. 7. Symptomatic persons are to get clinically assessed before their entry into the campus. Those having symptoms of fever, cough or difficulty in breathing are strictly prohibited from entering the campus and hostels. 8. Avoid discrimination of fellow students who had a history of COVID-19 disease in the family. 9. Give support to your companions under stress due to COVID-19 pandemic. 10. Contact your class teacher for help and guidance. 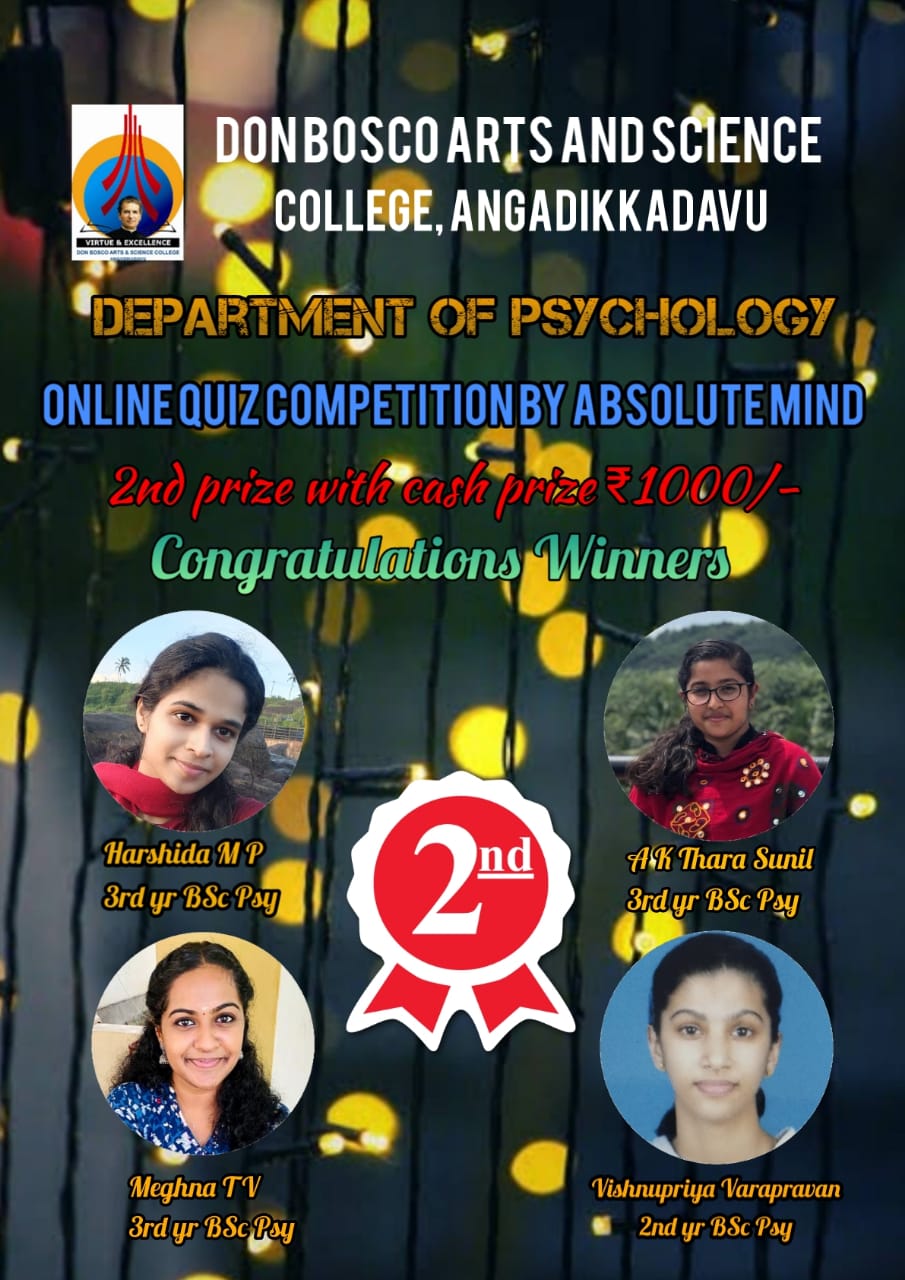 Webinar - MENTAL HEALTH IN AN UNEQUAL WORLD by Department of Psychology

Department of Psychology in association with NSS organised a webinar - MENTAL HEALTH IN AN UNEQUAL WORLD on the eve of World Mental health Day. 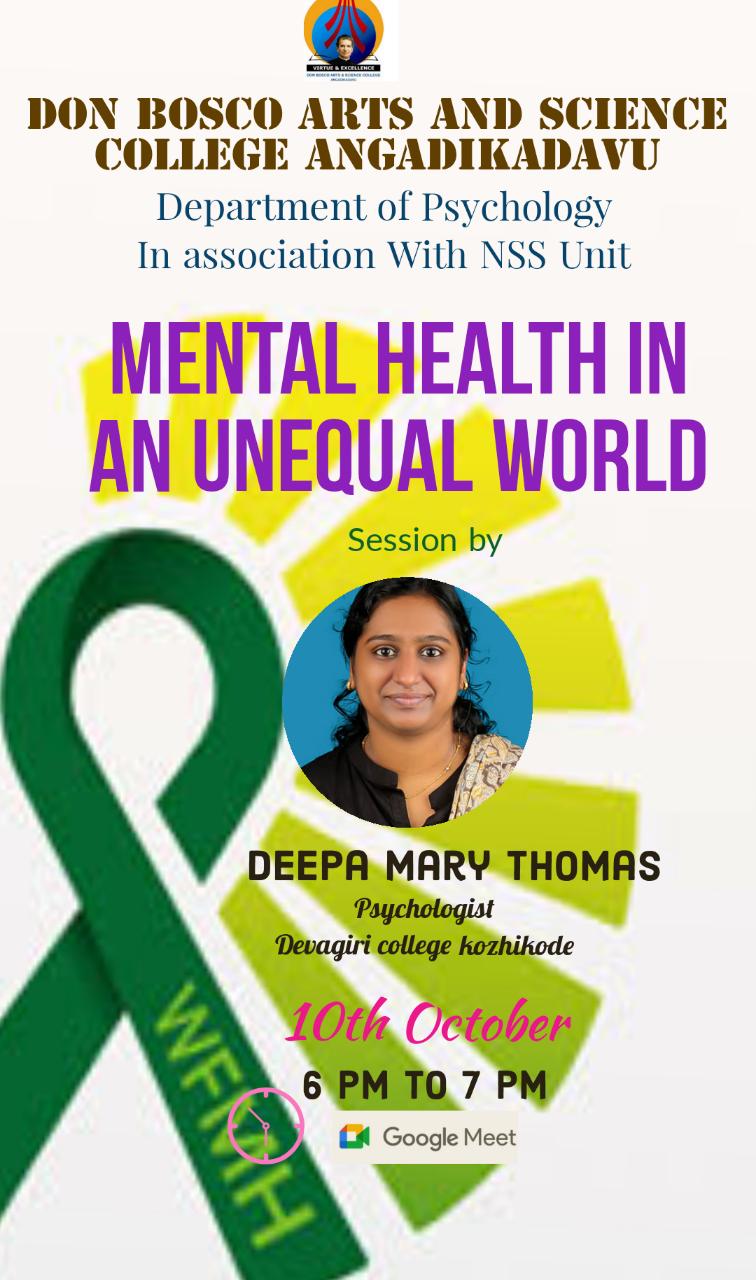 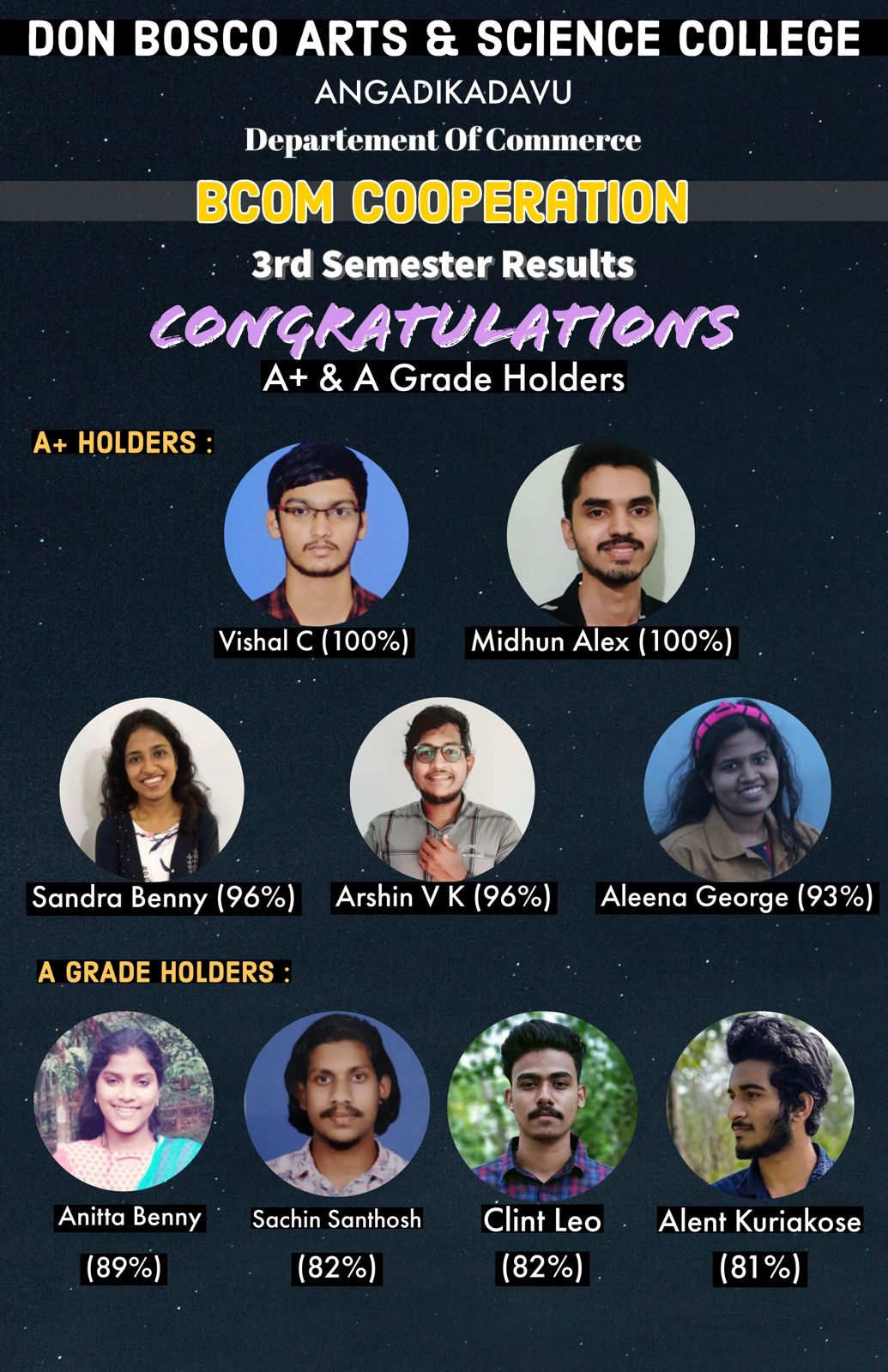 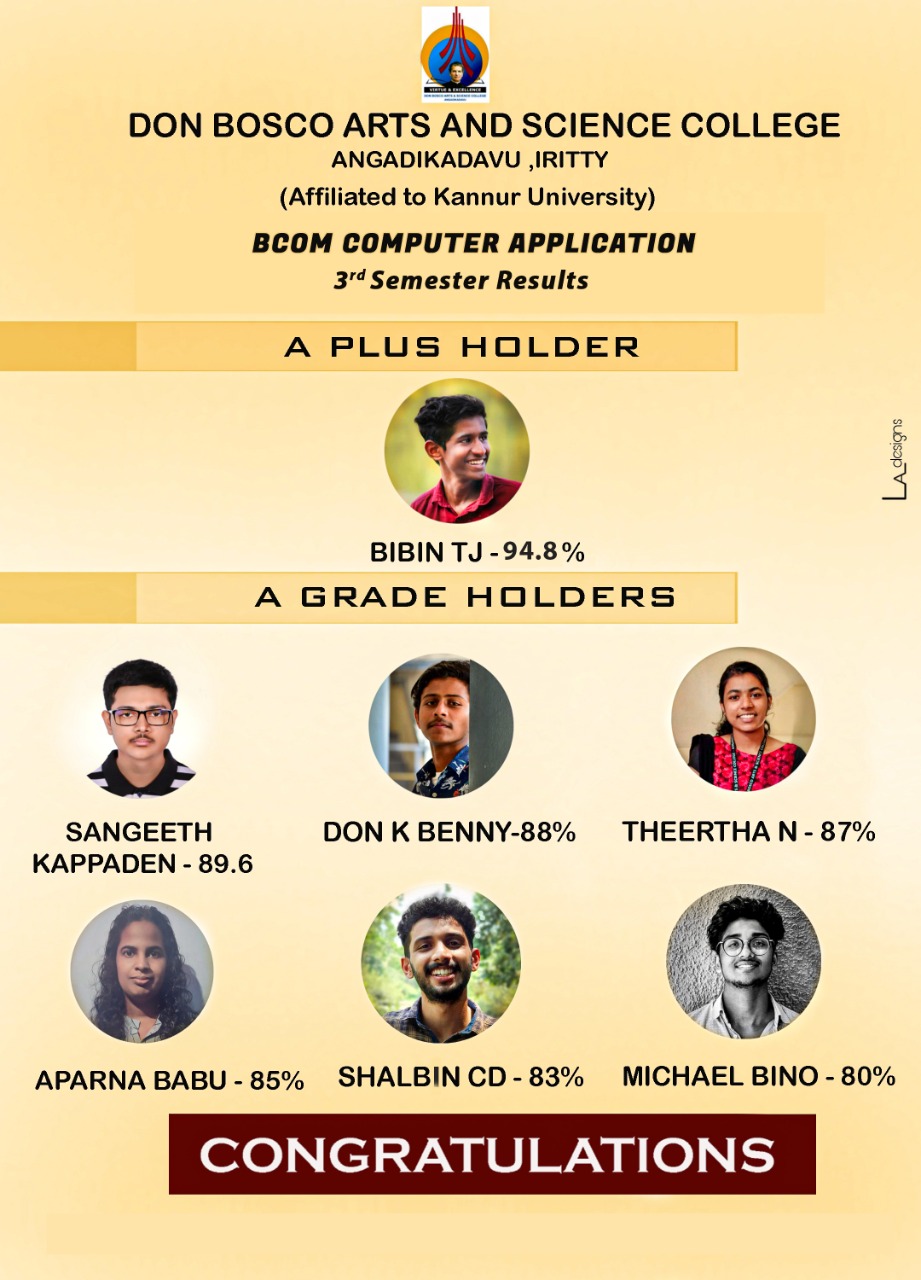 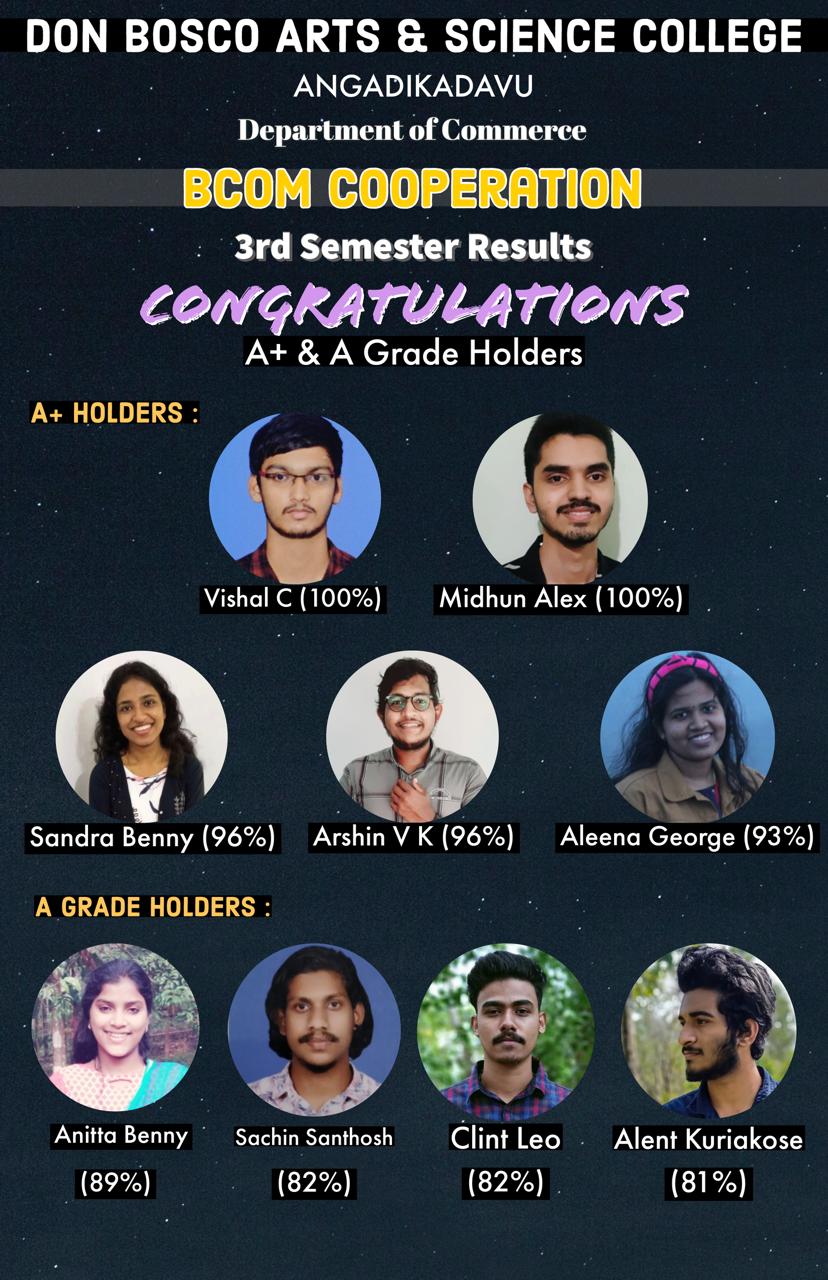 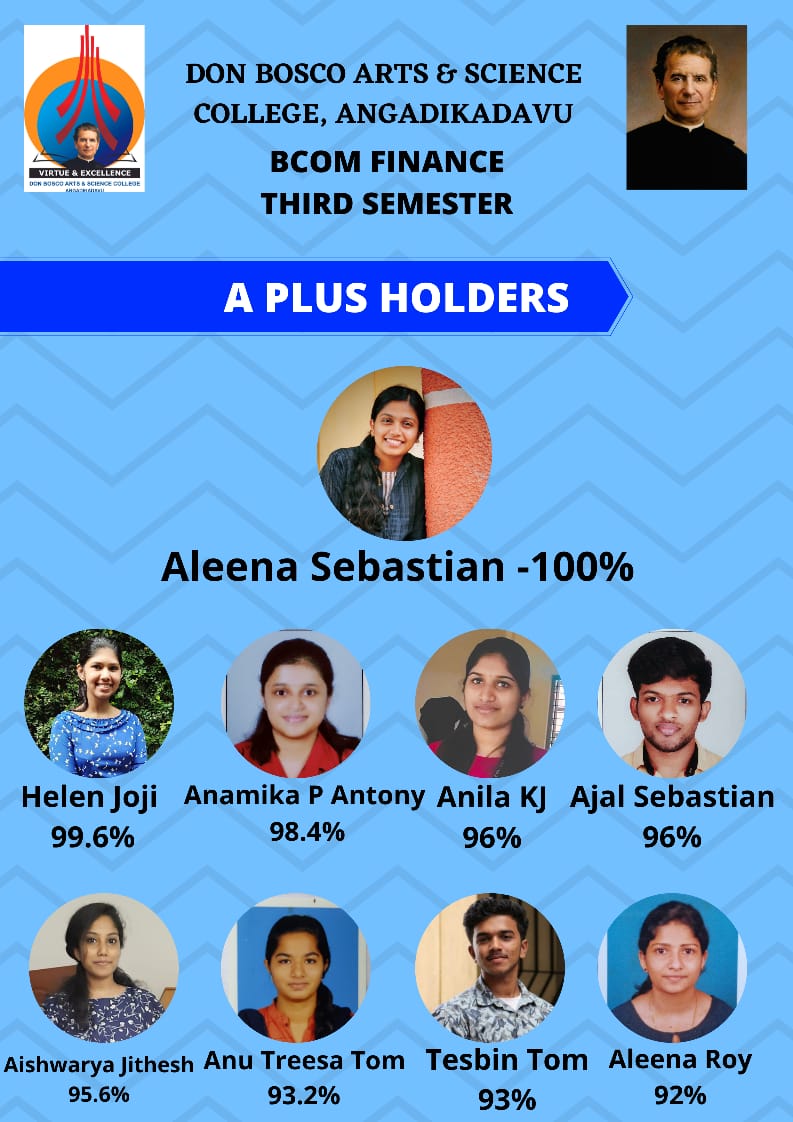 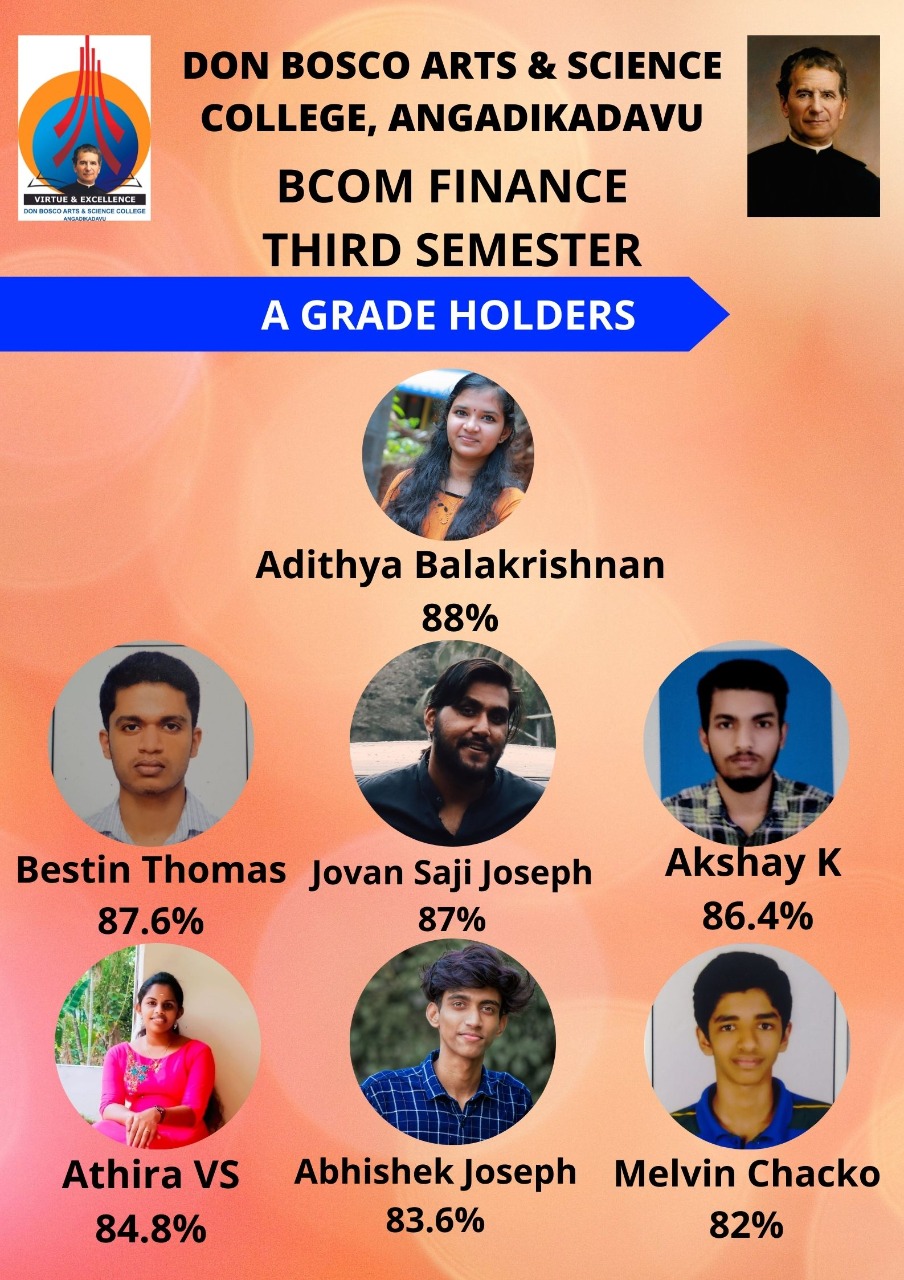 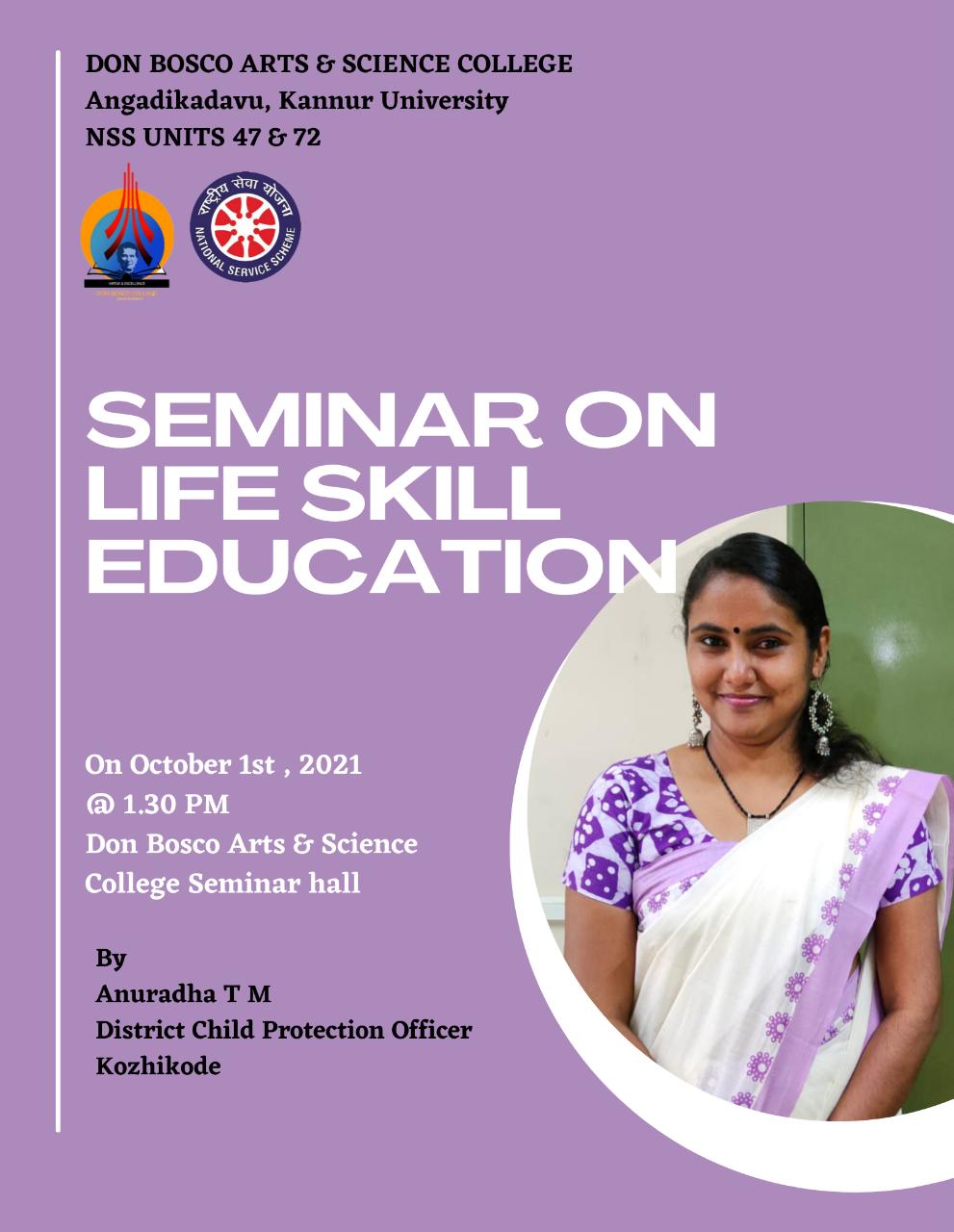 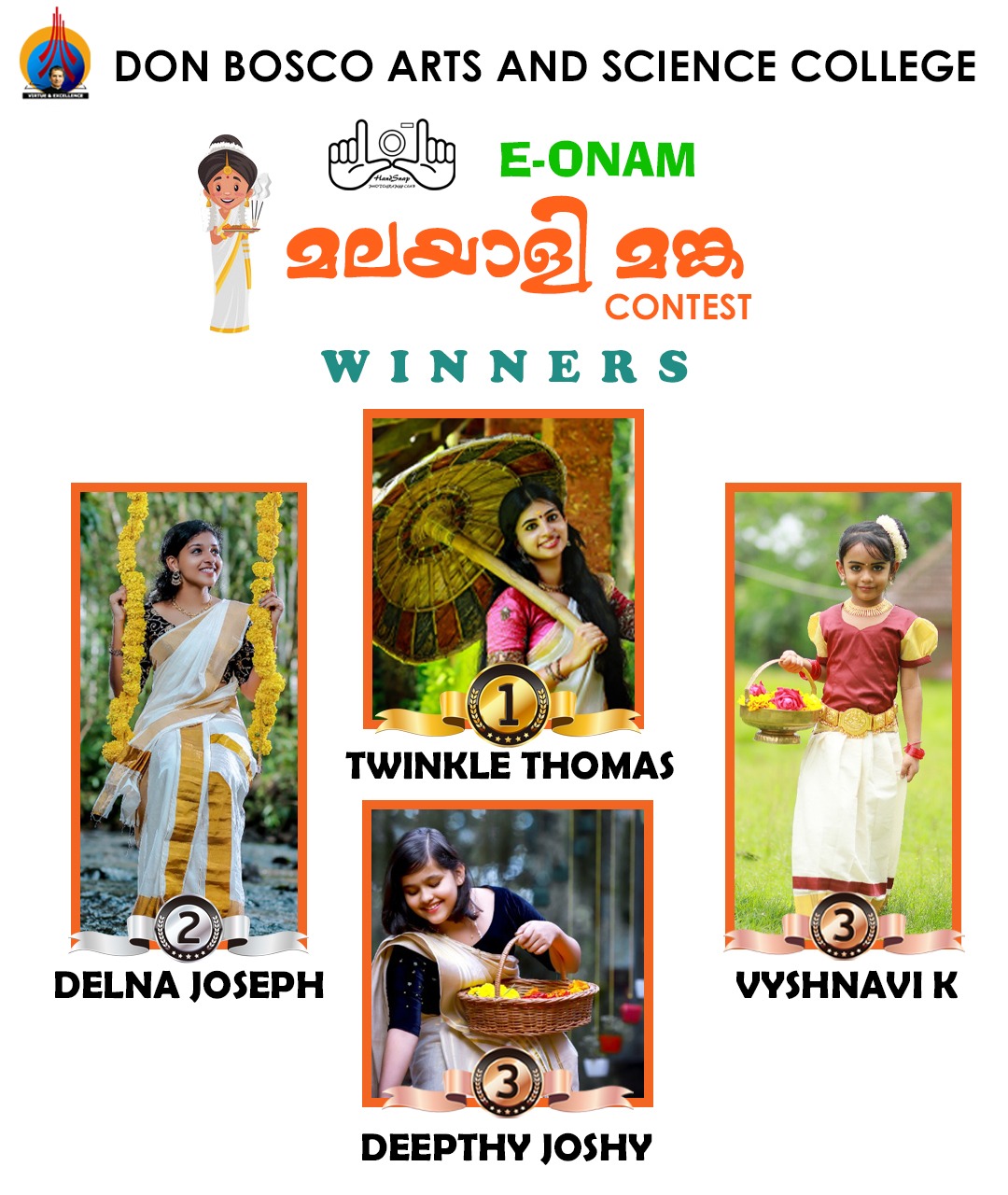 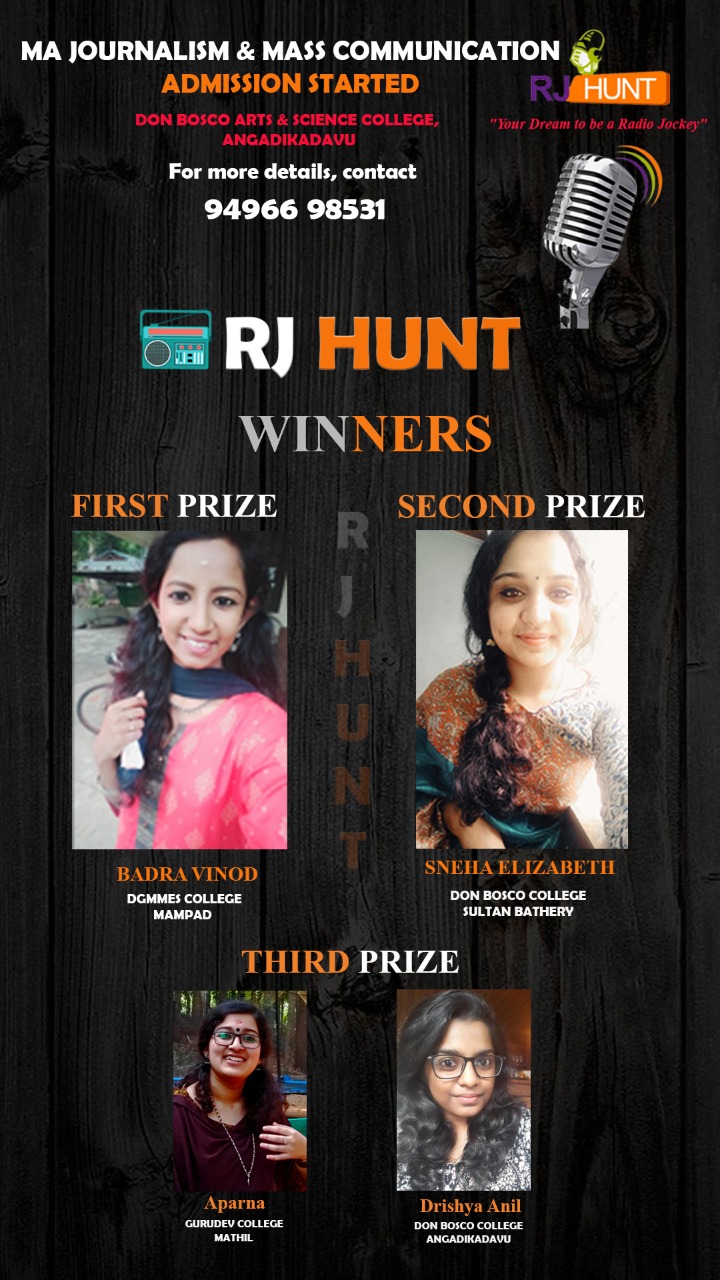 The Kerala State Women's Commission 2020 Media Award for the Best Feature on Women is won by Sreekala MS, an alumnus of the Department of Journalism, Don Bosco College Angadikadavu. Sreekala completed her Master of Communication and Journalism course in 2016. She is currently working as a subeditor in Mathruboomi Newspaper, Thrissur, Kerala. A feature on Suhara, who is a fishmonger, won Sreekala the award. Suhara, 62, from Thrissur, sells fish on her cycle. The cycle is her mode of transport, and she pedals 20 kilometres every day to reach her customers with a variety of fresh fish. She sells on average 30-35 kilos of fish. After ten in the morning, Suhara is available for other chores like carrying cement at the building site, payment of bills of neighbours, irrigation works, and the like. She ekes a living also by transporting dead bodies found in queer circumstances. Suhara, educated up to the seventh standard, lives alone as both her parents are no more. Sreekala won the award for highlighting the peculiar way an ordinary woman lights up her own life and others in the society, observed the jury. 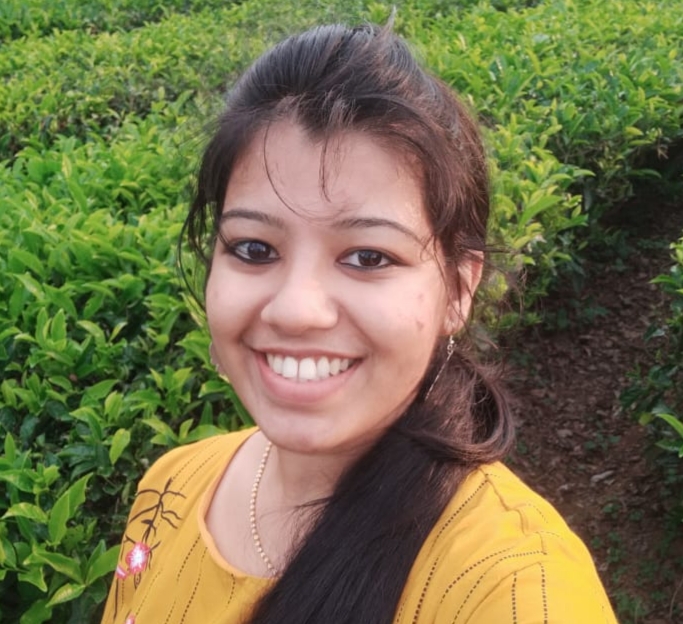 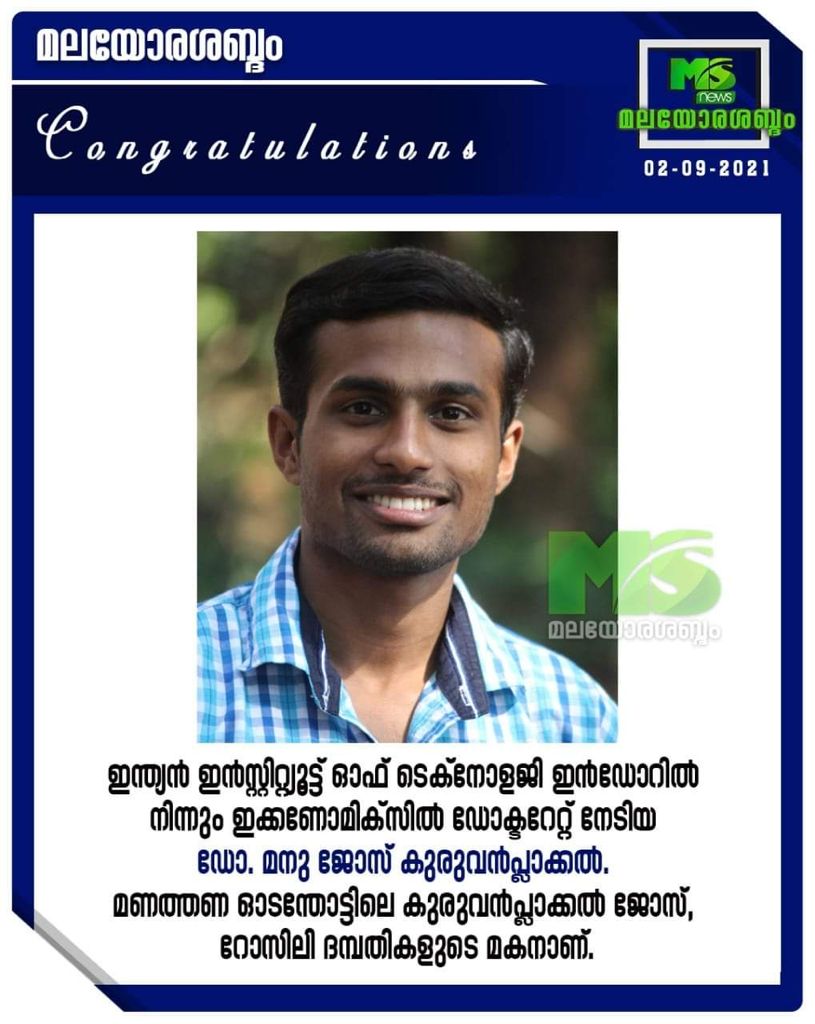 ONAM GIFT TO THE HOMELESS 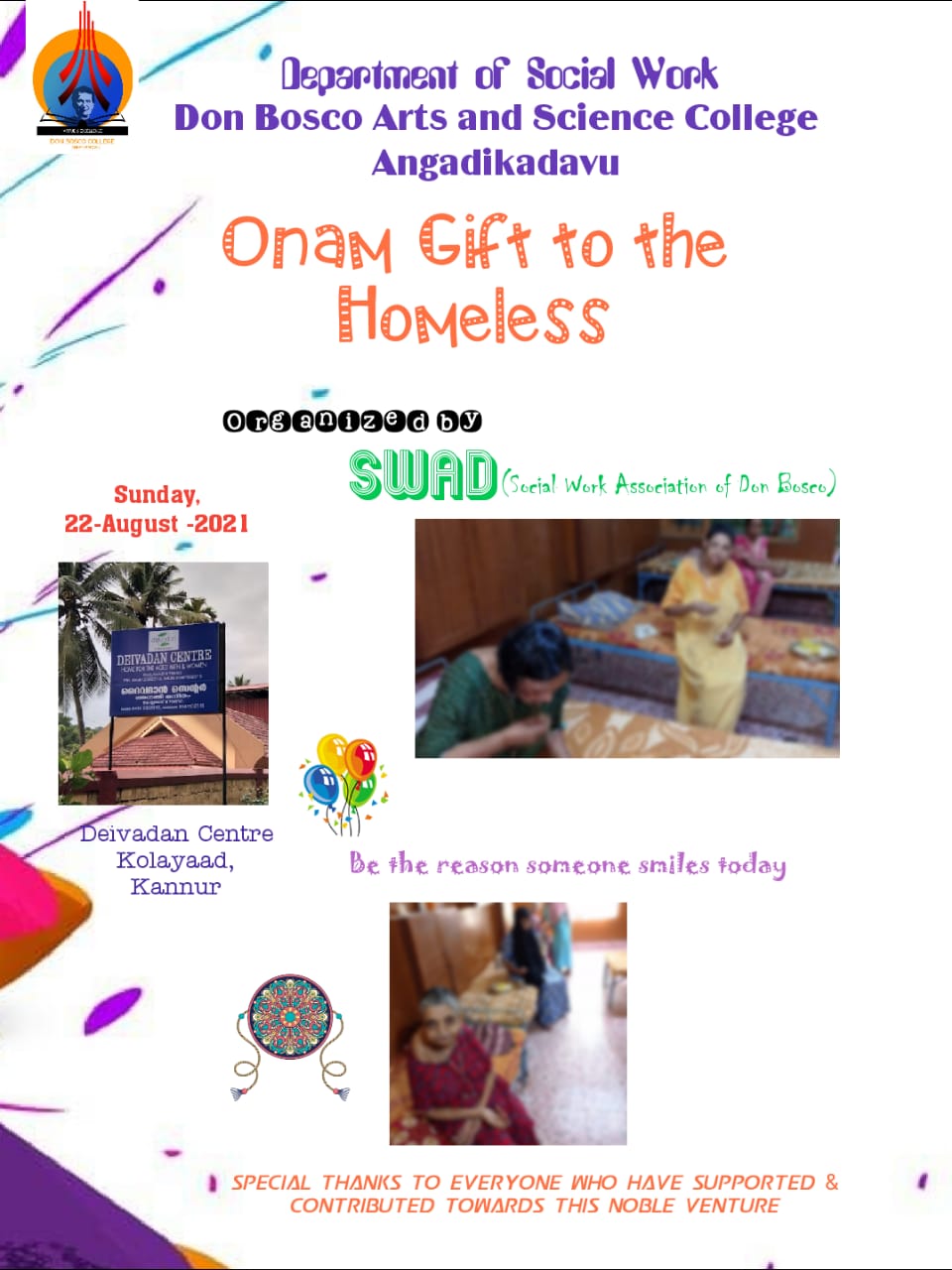 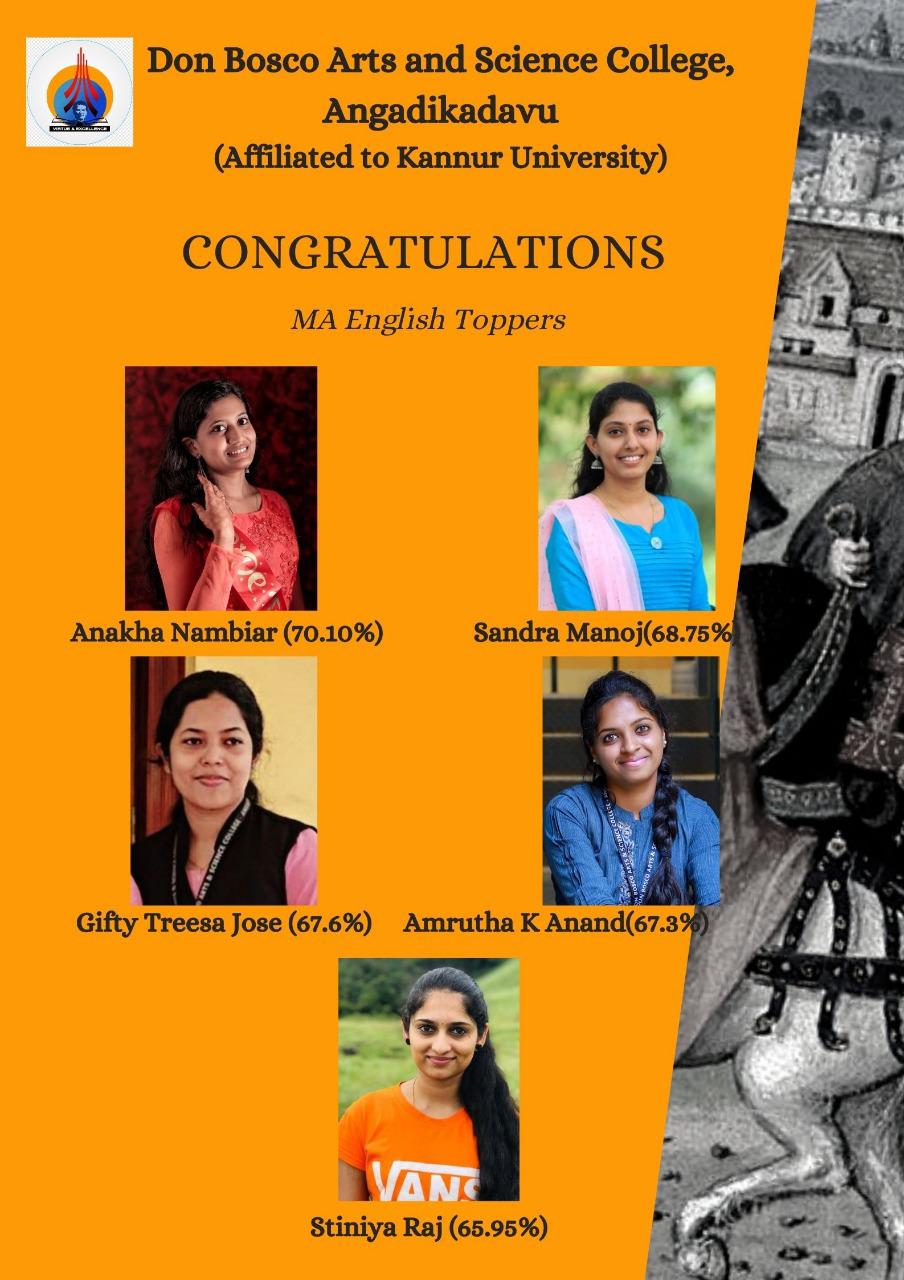 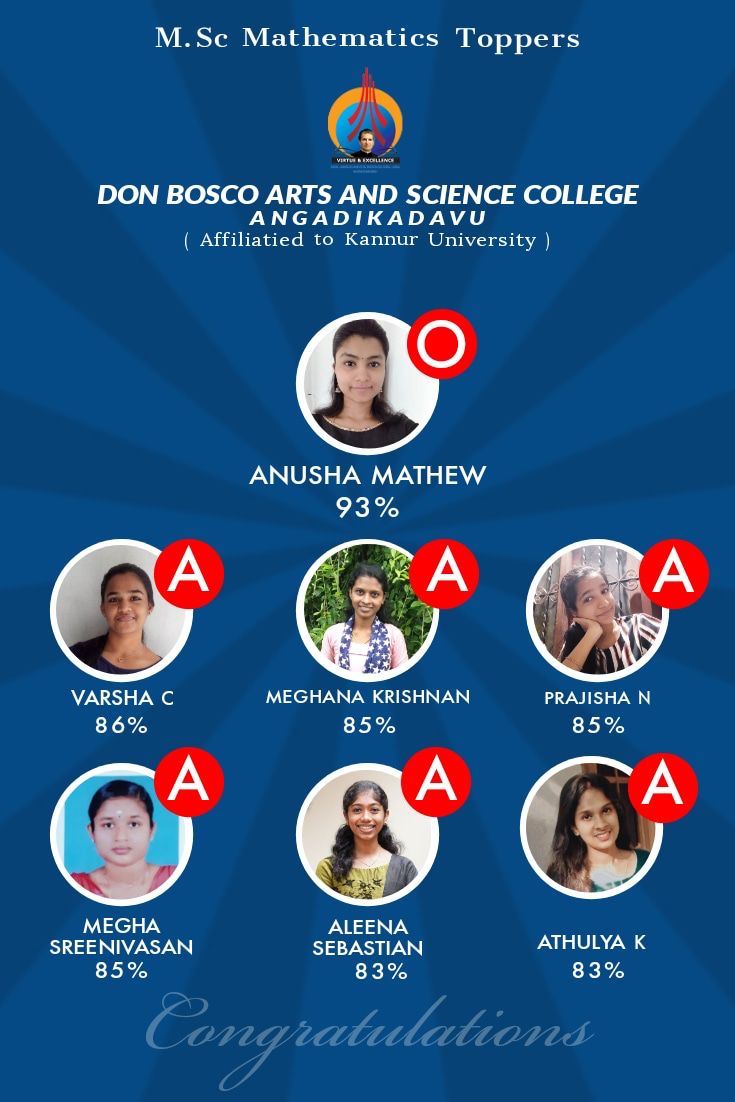 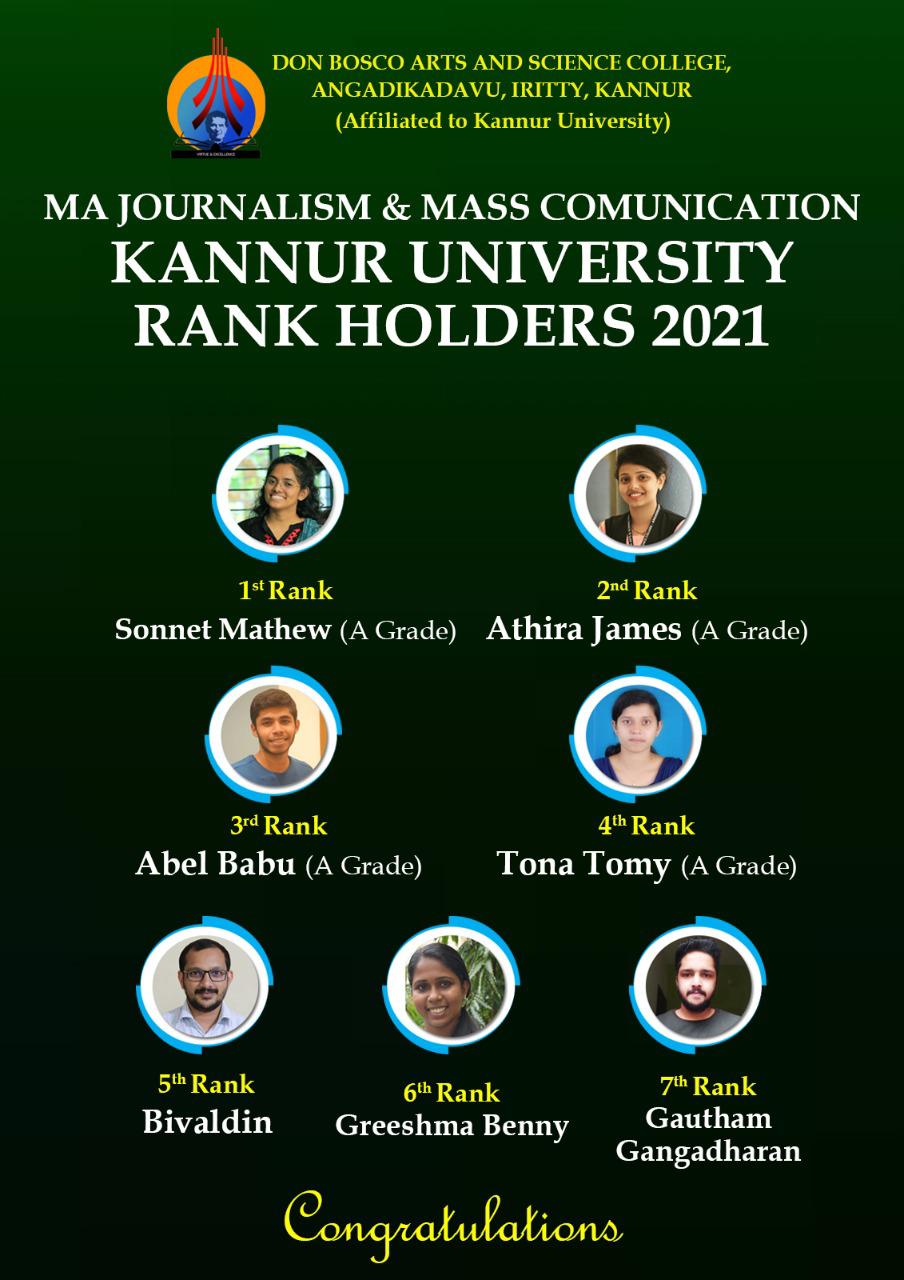 Kannur University Published the Result of M Com Finance on 18-08-2021. Anupam Machael from Don Bosco Arts & Science College Angadikadavu secured FIRST RANK with 92.34%. Two students secured A+(90% and above) and six Students secured A grade(80% and above) Hearty Congratulations to Anupam, all winners, their family members, Commerce Department HoD Deepthy Miss, MCom Incharge and Class teacher Sojimol Miss, and the other teachers. 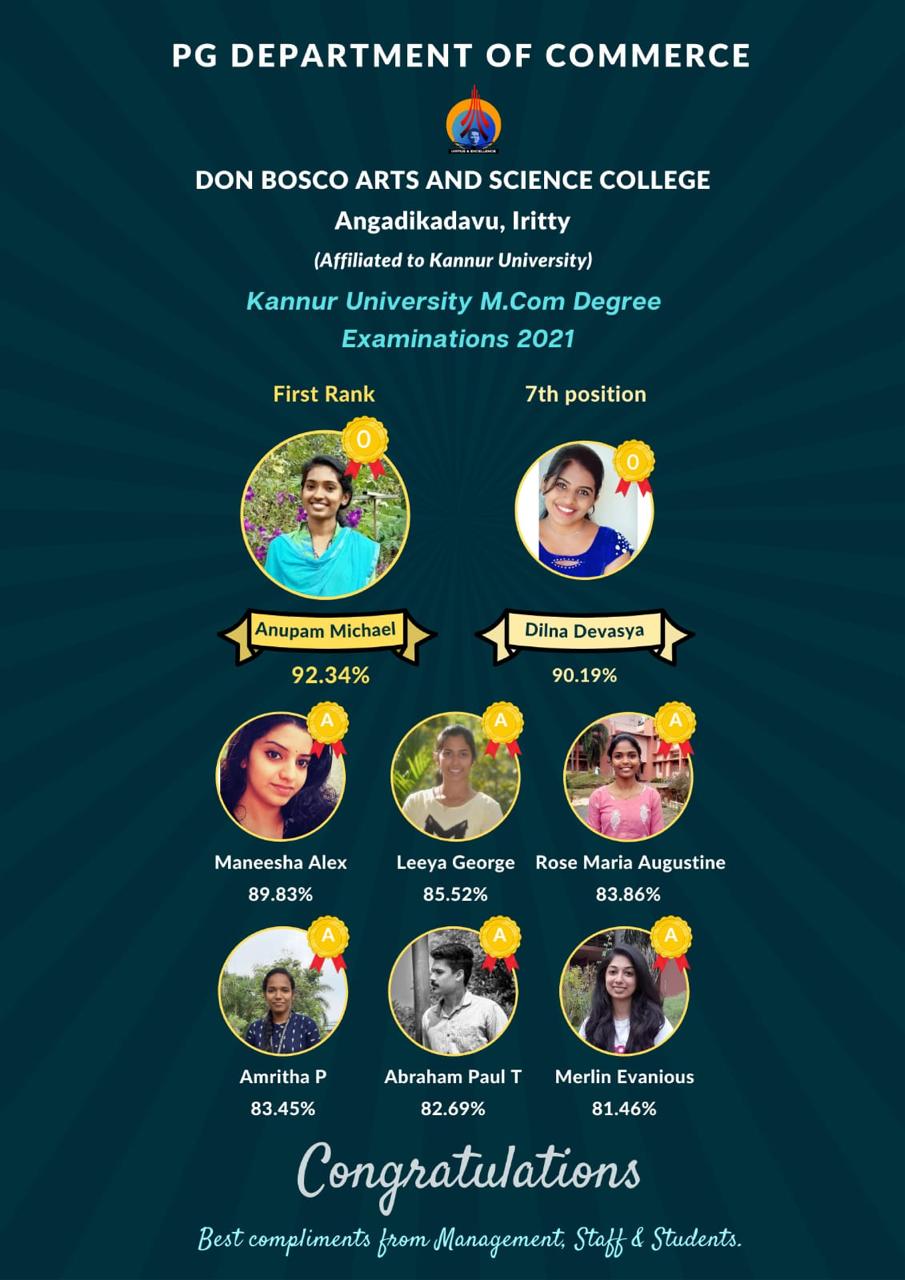 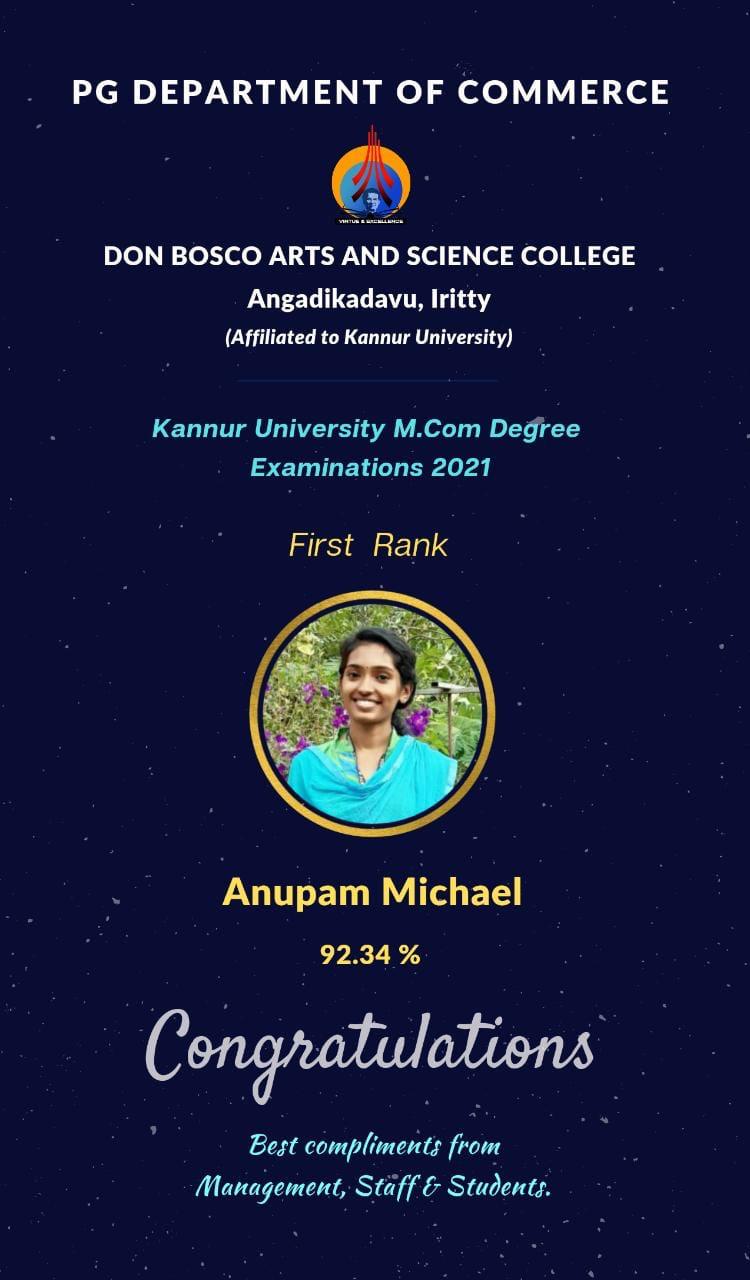